HomeWhat’s Happening?Uncategorized5 Reasons Why You Should Be Focusing on Psychological Safety

5 Reasons Why You Should Be Focusing on Psychological Safety

Psychological safety is broadly defined as a climate in which people are comfortable expressing and being themselves. More specifically, when people have psychological safety at work, they feel comfortable sharing concerns and mistakes without fear of embarrassment or retribution. They are confident that they can speak up and won’t be humiliated, ignored, or blamed. They know they can ask questions when they are unsure about something.

When a work environment has reasonably high psychological safety, good things happen: mistakes are reported quickly so that prompt corrective action can be taken. [Amy C Edmondson – The Fearless Organization]

Having read that definition, you probably have formulated an opinion on the extent to which psychological safety exists within your organization. Whatever rating you have in mind, I put it to you that you and your colleagues should be actively pursuing psychological safety today. There are 5 compelling reasons why that’s the case. 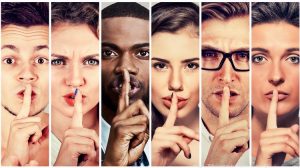 History is replete with stories of tragedies that could have been avoided if someone had the courage to speak up… to share their concerns or question something that everyone else seemed to be taking for granted. I say “seemed to be taking for granted”, because post mortem investigations and/or after action reviews have revealed that in many instances, multiple people had concerns but were reluctant to speak up for fear of being the odd man out.

Further, when employees speak up, it is imperative that people within the organization listen. Far too often whistleblowers have been marginalized or even fired for speaking up. Such treatment often sends the message that it is not safe to raise concerns, ask questions or flag questionable processes and practices.

In addition to institutionalizing whistleblower protection, it behooves leaders to continually reinforce psychological safety characterized by the cultural norm of speaking up and speaking truth to power.

Reason #2:  Psychological Safety Is Mission-Critical In A Knowledge-Based Economy

Psychological safety creates an enabling environment for the pursuit of excellence and innovation. In the knowledge economy employee learning, ingenuity and engagement are critical to success. Creativity and innovation cannot co-exist with a fear of failure. Experimentation and its trial-and-error process are necessary to innovation. 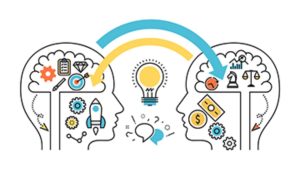 In the knowledge-based economy, maintaining the status quo is equivalent to losing ground. The pursuit of new knowledge, by definition, involves venturing into uncharted territory. This requires taking calculated risks. In the absence of psychological safety, that risk is absorbed at the individual level – rather than at the institutional level.

Reason #3: Psychological Safety Is A Valid Predictor Of Employee Engagement

Employee engagement is about the propensity to expend discretionary effort – i.e., going above and beyond. When workers know that they have the benefit of the four levels of psychological safety as defined by James Clear (i.e., inclusion safety, learner safety, contributor safety and challenger safety) they are much more likely to go above and beyond.

Employees who are not engaged are, therefore, less motivated and less productive. Even more importantly, organizations that fail to engage their employees report lower customer satisfaction, lower productivity and ultimately lower profitability.

Reason #4: To Avoid Failure In The Long Term We Must Fail Fast, Fail Often and Fail Better

There is a common mindset that all failure is blameworthy. The truth is that all failures are not created equally. In fact, treating them as if they were is quite counterproductive. Failures resulting from the deliberate violation of established policies and procedures, from inattention and incompetence cannot and should not be equated with failures that emerged due to complexity, uncertainty and/or experimentation. The three latter categories are inextricably linked to the pursuit of innovation and creativity. Once they lead to learning, they are to be celebrated and rewarded rather than the focus of a blame game. 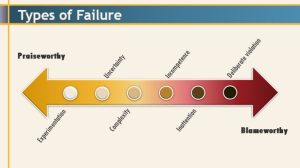 Reason #5: Psychological Safety Is A Journey – Not a Destination 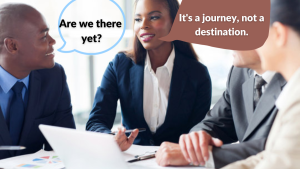 Are we there yet? When it comes to psychological safety, the answer is invariably no. This is because the pursuit of psychological safety is not a journey with a defined end-point but rather something that must continuously be pursued. Today’s safety doesn’t guarantee tomorrow’s – especially in a world characterized by volatility, uncertainty, complexity and ambiguity. In this context, complacency is deceptive and downright dangerous.

The Space Shuttle Columbia disaster occurred in 2003 – some 17 years after the Challenger explosion. Despite the history of the 1986 disaster being well-known… Despite the risk of loss of life being a clear and present danger in the programme, persons were still reluctant to speak up. Any organisation that assumes that it has arrived and no longer needs to actively work to secure psychological safety is taking a risk that can produce catastrophic results.

So, there you have it – 5 reasons why you should be focusing on psychological safety today. So, if you’ve already embarked on the journey, I encourage you to stay the course. If you haven’t yet started, it’s time to get moving. I’d love to help you. To schedule a no-obligation, complimentary exploratory call, visit https://bit.ly/3kIeXpo