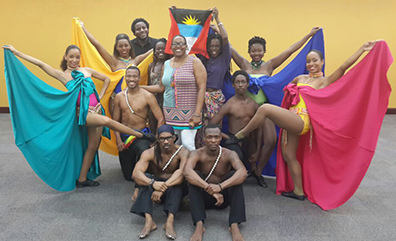 Born in Antigua to parents from Dominica and Montserrat, one could say that I was predisposed to being a regionalist. Later I became one of the national spokespersons for the CARICOM Single Market and Economy (CSME). Then during my tenure as the Chief Implementation Officer in the Office of the Prime Minister, I had the opportunity to participate in a number of CARICOM and Organization of Eastern Caribbean States (OECS) initiatives and became even more persuaded that our future – like our past – is inextricably linked and that we ignore or resist that reality to our own detriment.

It is quite easy to identify the things which separate us or make us different. However, when we take the time to reflect on the things we share – the things that make us unique as a people and a Region, we find much cause for celebration.Just ask Michele Henderson who won the 2014 CARICOM Song Competition with her composition entitled Celebrating CARICOM.

While serving as the Regional Project Manager for the Caribbean Leadership Project (CLP), I shared this song at a regional symposium which the Project put on in Trinidad and Tobago in December 2014.The response was overwhelmingly positive. However, most of the participants were unaware of the song’s existence. This motivated me to commission a music video which became part of CLP’s gift to the Region. So I encourage all Caribbean people to watch the video and join in celebrating CARICOM and everything that makes this Region and her people so special.