Is Dictatorship Ever Truly Benign?

Circumstances dictate the leadership style of any effective prime minister. There will be times when I have to take independent decisions and be dictatorial in the interest of the country.

My first career was in laboratory medicine. I worked for several years as a cytotechnologist one who studies cells in order to identify if they are abnormal or diseased.The disease processes which we are trained to detect include certain infections as well as pre-malignant and malignant conditions. In other words, we develop the expertise of identifying cells which are destined to become cancerous. The value of the work done by cytotechnologists stems from the fact that early detection can lead to the prevention of cancer or to early treatment and a reduction in the adverse outcomes of a disease.

So what does this talk of cancer have to do with leadership and governance? Well, earlier this week the Prime Minister of Antigua and Barbuda caused quite a stir when he publicly scoffed at the idea that prime ministers should always be democratic. He was responding to concerns that his leadership style was akin to that of a dictator.PM Browne’s response to his critics, as reflected in the lead quote, elicits thoughts of a benevolent dictatorship.

A benevolent dictatorship is a theoretical form of government in which an authoritarian leader exercises absolute political power over the state but is seen to do so for the benefit of the population as a whole. PM Browne’s indication that his use of dictatorial leadership is in the best interest of the country renders his approach consistent with this definition. However, what happens if the leader’s perception of the country’s best interests is at variance with the perception of the people whom he governs? What are some of the early warnings that we can look for ? like a skilled cytotechnologist ? to determine if we are at risk for developing a terminal disease?

In pursuing this question, it may be useful to delve further into the meaning of dictator. A dictator is a ruler who wields absolute authority. In common parlance, the term has come to be understood as someone who wields an inordinate amount of personal power without the necessary checks and balances.

In parliamentary democracies such as we have in the Commonwealth Caribbean, checks and balances of executive powers are typically provided by Parliament and the Judiciary as well as by the electoral process itself. But what happens (such as in the case of Grenada) when there ruling party holds all the seats in the House of Representatives Further, even when there’s an Opposition, don’t the Ayes always have it And, if all the ruling party Members of Parliament sit in Cabinet, surely they can’t go to Parliament and speak against a government-sponsored Bill.

Recently in Antigua and Barbuda, the Senate rejected a Bill on the grounds that it contained a number of unconstitutional clauses and was generally incongruent with good industrial relations.[1] In response, PM Browne put the Senators on public notice that the Bill would be returned to the Senate without amendment and that they should either pass it or tender their resignations. He further went on to assert that the Senate had no power and that they were expected to do as they are told.

So, if there is no back-bench in the Lower House of Parliament and we accept PM Browne’s assertion that the Upper House has no power, then what mechanism is there to fetter the powers of the Cabinet and ultimately the Prime Minister? 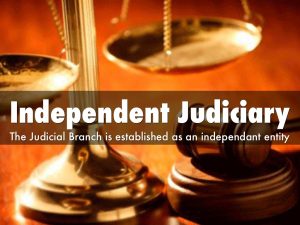 I guess that brings us to the Judiciary. Citizens or other interested parties have recourse under Administrative Law to initiate a judicial review of the activities of government agencies. Based on the principle of the separation of the arms of government, there is an expectation that such matters receive an objective hearing.? However, the experience of Dame D. Gisele Isaac might be instructive here. To date all efforts by the former Executive Secretary of a statutory corporation to have the courts review her dismissal have been stymied by the Government. 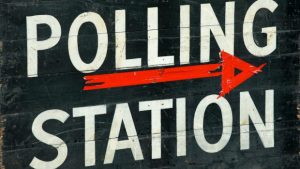 That brings us to the final check and balance  i.e. having to face the electorate. In a democratic system, the tenure of a benevolent dictator lasts only as long as the majority of the people believe that he is indeed acting in the best interests of the country and that the power which he wields is not being used merely for personal gain, nepotism or victimization of political opponents. In the case of Antigua and Barbuda, we will need to await the next general elections to find out whether the electorate thinks that PM Browne’s dictatorship is truly benign.

What do you think? Is dictatorship an acceptable leadership style when governing a country or an organization?

[1] See our earlier blog on this topic.

[2] BTW It’s noteworthy that at the same time that the Government is taking this case to the Privy Council, it is spearheading a public education campaign designed to convince voters to opt to replace the Privy Council with the CCJ.