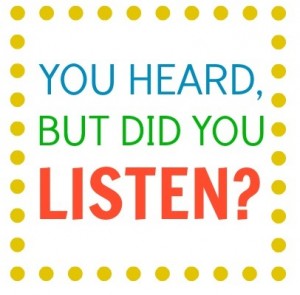 One of the biggest myths about communication is the assumption that it has taken place.

While bad phone or internet connections would probably rank quite high in the list of problems that frustrate our attempts to communicate, perhaps the most fundamental obstacle to effective communication is our ability or lack thereof to listen. There is no shortage of catchy quotes with sage advice about being a better listener.

There’s a reason why God gave you two ears and only one mouth.

The word LISTEN contains the same letters as the word SILENT.

As a talent development specialist, effective listening is an essential skill, and I’m always looking for ways to sharpen my saw. Therefore, I was intrigued when I came across a recent HBR article captioned What Great Listeners Actually Do?. It turns out that, while the article validated some of the conventional wisdom, it also included some new perspectives. 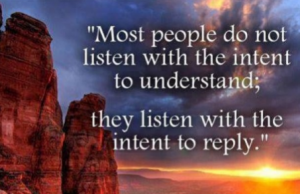 To Be or Not To Be Silent

You’ve probably been told that it’s important to remain silent when the other person is speaking.Well, the previously mentioned research used 360-degree feedback to identify the top 5% of listeners in a sample of just under 3,500 managers. Respondents pointed out that the best listeners ask questions which promote understanding, discovery and insight by constructively challenging old assumptions. It’s important to note here that the questions must be posed in a way that challenges without being threatening. The skillful use of questions also helps to establish that the listener is paying attention, heard what was said and is interested in learning more.

Trading in Your Sponge for a Trampoline 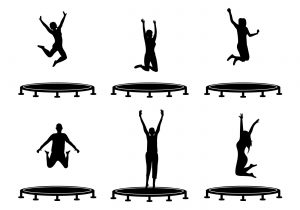 The sponge has been used as a metaphor for good listening  i.e. soaking up everything that is being said. The HBR article proffers an intriguing alternative  i.e. that of a trampoline. Instead of simply absorbing the speaker’s ideas and energy, great listeners create momentum by amplifying, energizing and helping to clarify the original intent and content.

Seeing with Our Ears

Last year after deciding to pursue my coaching certification, I started to research the various programme options. One of the variables I had to consider was whether to go with a face-to-face option or something delivered online. As someone who is primarily visual learner and taking into consideration the importance of non-verbal cues, I was really reluctant to give up the richness of being in the same physical space. 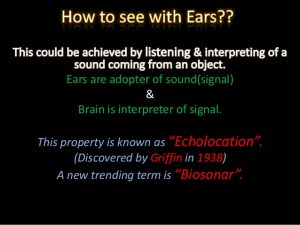 However, having gone with Erickson International’s online course, I’ve found that my listening has been heightened in a way that compensates from the loss of visuals. So, in my coaching practice now, I am significantly more sensitive to changes in tone, cadence, pauses I’ve come to the realization that all pauses are not created equally. Changes in breathing and sighs also have the potential to be powerful channels of communication. 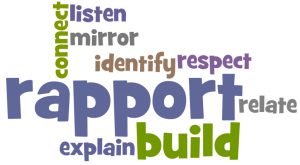 Tapping into Values to Establish Rapport

Another tremendous source of insight and a path towards establishing rapport is the identification of value words. By listening for and re-using/reflecting a speaker’s value words, we can establish a subconscious, almost visceral connection. If someone perceives us either at a conscious or sub-conscious level as being from the same tribe/belief system as they are, it creates a more open and receptive channel of communication.

The phenomenon of Donal Trump’s presidential campaign is living proof of this last point. Trump has tapped into something that was simmering just beneath the surface of a significant segment of the Republican Party. He became the stand-up guy for the resentment and other emotions that they were experiencing but perhaps didn’t quite feel free to express. Once he started expressing those sentiments out loud, he became a magnet for those who shared his value system. Unfortunately for him, as we’ve seen in the past few days, that included the Klu Klux Klan.

There are some areas where people seem to have a tendency to overrate our abilities. They include driving and dancing. Well, we should probably add listening to that list. The good news is that once we admit that there is indeed room for improvement, there are some practical things that we can do to up our game. We hope that this article has served to start you along that path to more effective communication.