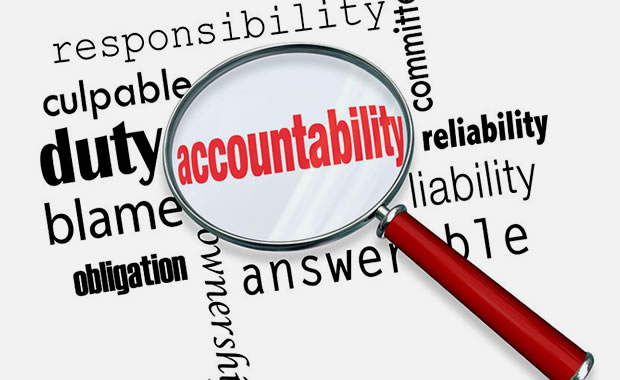 Fear of accountability is a strong indicator of blaming.

Recently I’ve had a number of occasions to reflect on this trilogy responsibility, accountability and blame as I listened to the news about mass shootings, allegations of corruption at the highest levels of government, plagiarism, poor financial performance etc.

Last week an accused murderer escaped from a courthouse in Fort Lauderdale. In the immediate aftermath the Broward County Sheriff blamed the County Commission for the prisoner’s escape. In fact, his statement to the press began and ended with him blasting the county for failing to provide adequate funding to his department. Somewhere in between he mentioned that the prisoner was armed and extremely dangerous.

Of course, the Commission was quick to respond detailing how much money they had allocated and questioning whether the Sheriff had effectively and efficiently utilized the money for the designated purpose. Based on those facts, what’s your opinion? What’s at play here ? Responsibility? Accountability? Blame? 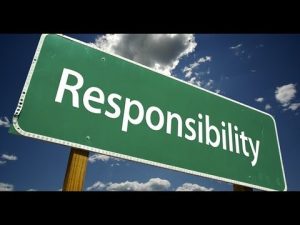 In the context of our current discussion, the word responsible is value neutral  i.e. it’s not inherently good or bad. A working definition for responsible is having an obligation to do something, or having control over or care for someone, as part of one’s job or role. The Broward County Sheriff, by virtue of the authority vested in his position, was responsible for the care and control of the prisoners in the courthouse that day.

Persons in whom responsibility is vested are expected to be reliable and effective in executing their assigned roles and associated responsibilities. Therefore, there is usually an expectation that they will be answerable for their performance. And that brings us to the second word in our triad. 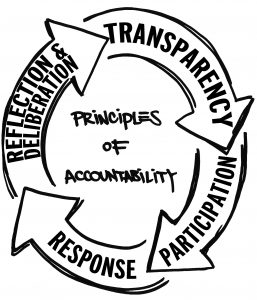 In the case of the escape from the courthouse, in pursuit of accountability one would have investigated the sequence of events in order to identify exactly how the prisoner was able to escape, where exactly security was breached/compromised and what measures could be put in place to rectify any weaknesses in the system.

In its most productive format, while accountability is based on past performance, it is future-oriented. By this we mean that it is geared towards extracting lessons from what has transpired in order to influence future performance and secure better outcomes.This contrasts sharply with our third and final concept. 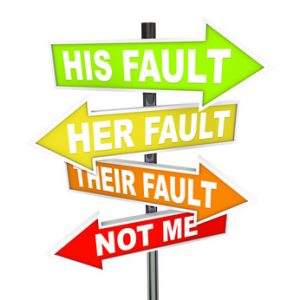 Blame focuses exclusively on finding fault. As such, it anchors itself in the past with no orientation towards the future. It has a distinctively punitive orientation as opposed to a desire to learn and improve. As such, if we allow the focus to remain on blame, there is no guarantee that the undesired outcome will not be repeated; there is no guarantee that we learn from the experience.

So if we return to the matter of the Broward County Sheriff’s budget, and the Commission decides to open the coffers and invite the Sheriff to take as much money as he would like, what would be best use of said funds? If officials have not taken the time to thoroughly investigate what transpired and to diagnose all the vulnerabilities in the system as well as the role played by human error and other contributing factors, they could spend all the money in County’s coffers without really rectifying the security problems. Instead, what they would have accomplished is merely the blaming (and perhaps shaming) of the County Commission.

The bottom line is that we all have responsibilities. Inevitably things will go wrong at some point in time either despite of us or because of us. When that happens, we have a choice of pursuing accountability or blame.

If we choose the former path, we adopt a mind-set characterized by curiosity and the sincere desire to learn and improve. We extract lessons and carry them forward to secure better outcomes in the future.

However, should we choose the blame option, our mission is accomplished as soon as we identify someone at whom we can point an accusatory finger and saddle them with blame for what transpired. In that situation, the primary outcomes are more likely to be damaged relationships/reputations and a missed opportunity for personal and organizational growth and development.

Please note that the UTDS series on the Caribbean Court of Justice (CCJ) will return next week with the third article from Justin Simon QC.