The Agreement Establishing the CCJ

There are five specific safeguards enshrined in the Agreement establishing the CCJ. They all serve to preserve the integrity of the Court and insulate it from political influence and interference.

The Agreement establishing the CCJ was signed on February 14, 2001 by eleven Heads of Government all of whom were present at that CARICOM Heads meeting when the Agreement was finalized and presented for execution.

On April 16, 2010 the Caribbean Court of Justice was inaugurated at a gala ceremony in Trinidad and Tobago, it’s headquarters with its first President, Justice Michael de la Bastide (former Chief Justice of Trinidad and Tobago) along with six other member judges. I was there, in my capacity as Attorney General of Antigua and Barbuda. Today, while all have acceded to the Court’s original jurisdiction, only the countries of Barbados, Belize, Dominica, Guyana, and Suriname have acceded to the Court’s appellate jurisdiction.

The Mission of the Court is stated thus: “The Caribbean Court of Justice shall perform to the highest standards as the supreme judicial organ in the Caribbean Community. In its original jurisdiction it ensures uniform interpretation and application of the Revised Treaty of Chaguaramus, thereby underpinning and advancing the CARICOM Single Market and Economy. As the final court of appeal for member states of the Caribbean Community it fosters the development of an indigenous Caribbean jurisprudence”.

The Vision of the Court is: “To provide for the Caribbean Community an accessible, fair, efficient, innovative and impartial justice system built on a jurisprudence reflective of our history, values and traditions while maintaining an inspirational, independent institution worthy of emulation by the court’s of the region and the trust and confidence of its people”.

The integrity of the CCJ and its insulation from political influence or interference are, in my view, guaranteed by five main characteristics which are contained in the Agreement which, in turn, is to be entrenched in our Constitution by Parliament following a “yes” two-thirds vote of the people at a referendum. The published fact that both main political parties have jointly agreed to the holding of the referendum augers well for a campaign free from political rhetoric and divisiveness.

The delinking to the Judicial Committee of the Privy Council and our accession to the Caribbean Court of Justice cannot and must not be made into a political football, as many issues of national importance, regrettably, are treated. And, the public must absorb the information shared, educate themselves on the issues which arise, and make an independent choice of whether we go, or whether we stay. It is a choice which we will have to live with “for time to come” (as we say in our indigenous creole). 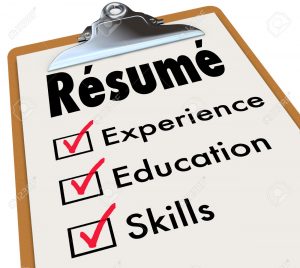 The applicant’s public advocacy, seminal judgments, and published scholastic achievements will definitely be under the microscope. Additionally, it is stated that the applicant must be of high moral character, high intellectual and analytical ability, sound judgment, integrity, and must have a good understanding of people and society.

Further, the Agreement stipulates that three of the Judges must have expertise in international law, including international trade law – a necessity for interpreting and enforcing our Treaty of Chaguaramus, including our CARICOM Single Market

In the case of the removal of any Judge, the matter must be referred to a Tribunal comprising of three persons who hold or have held the office of Judge in the Commonwealth or a civil law jurisdiction, who will make the appropriate recommendation.

The Judges enjoy security of tenure. Except he/she is removed for inability due to illness, other substantial cause, or misbehaviour, the CCJ President holds office for 7 years or until s/he attains the age of 75 years, whichever is the sooner; while the other Judges sit until they attain the age of 75 years.

The Agreement makes provision for nine Judges and the President, and the office of a Judge cannot be abolished while there is a substantive holder. From inception, the Court comprises the President and six other Judges; the former President and two other Judges have reached the mandatory retirement age, and have been replaced. Only a Tribunal (as explained earlier) can determine inability, and advise the Commission accordingly.

There is a requirement that legislation be passed by each State/Contracting Party for the purpose of ensuring that any judgment, decree, order, or sentence of the Court shall be enforced by local courts and authorities. A Court without teeth hardly conveys reassurance. 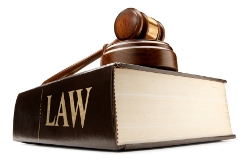 Our own WTO experience speaks volumes on this score; our 2002 World Trade Organization monetary judgment against the United States is yet to be honored or satisfied; in the meantime our once thriving Gaming Industry lies shattered and Antigua and Barbuda’s economy has been severely adversely affected notwithstanding our judicial victory even on appeal by the United States.

The final and main characteristic is the financial provisions in force for funding the Court. Remarkably, it is a first in national and international circles, and has been lauded in judicial circles the world over.

An independently-run Trust Fund has been established at inception to finance the capital and operating budget of the Court and the Commission in perpetuity, along with the maintenance of the Seat of the Court. The contribution of each State/Contracting Party was established based on their GDP and population census, and paid in full with the assistance of the Caribbean Development Bank into a Fund operated by a 9-member independent Board of Trustees drawn from civic society’s banking, accounting, labour, industry and commerce, insurance and judicial sectors.

We are told that after ten years in operation, the capital of the Fund, US$10M, is yet to be touched, and operating and maintenance costs have been paid solely from the income interest generated by the Fund.

When one considers that as at December 31, 2015 six of the nine member States of our Eastern Caribbean Supreme Court collectively owe that Court EC$21,397,959.29 in respect of their respective annual budgetary allocations, the concerns of our people about the current governance of the ECSC, and the independence of the CCJ (though unjustified), can be understood. This general lack of confidence in our own Supreme Court must, of necessity, be addressed soonest.

In my fifth article I will, with the kind permission of the learned author Dr. Lloyd Barnett, speak to the “Ten Years of Adjudication in the Caribbean Court of Justice and Reflections on a Decade of Caribbean Jurisprudence”.

[1] The composition of the 11-member Regional Judicial and Legal Services Commission brings together persons nominated by legal and quasi-judicial bodies across the Caribbean: the CCJ President who shall be Chairman; two persons jointly nominated by OCCBA and the OECS Bar Association; the CARICOM Secretary General and the OECS Director-General; the Deans of our Faculties of Law and the Council of Legal Education Chairman; and by the Bar or Law Associations of the Contracting Parties; the Chairman of a Public Service Commission, and the Chairman of a Judicial Service Commission, both of whom are selected in rotation and serve for a maximum period of three years.