A System for Cultivating Winning Habits 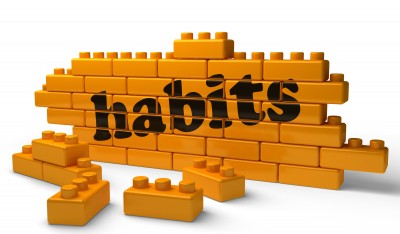 The chains of habit are too light to be felt until they are too heavy to be removed.[Warren Buffet]

I cannot recall when I first encountered this quotation. However, its validity caused it to resonate with me and to become embedded in my mind. The point is aptly illustrated by looking at the habit of smoking cigarettes. Based on my discussions with my grandmother who was a chain smoker for a significant period of her adult life, when she took up her first cigarette, there was no intention or even suspicion to have it become such an all-consuming activity. However, by the time she realized the power that it had over her, it was almost impossible to un-ring the bell.

As leaders, we strive to affect behavior on a daily basis. We are all painfully familiar with the disappointment and frustration associated with seeing the changes that we have achieved being eroded or completely obliterated when put to the test. What if the change were to become so ingrained that it would become the default response even in the face of challenges and adversity. In other words, what if the desired new behavior or way of thinking became a HABIT?

A working definition of habit is an acquired behavior pattern regularly followed until it has become almost involuntary. In an article published in July’s issue of Talent Development, Julie Dirksen[1] further broke down this definition into the following six components:

So let’s apply this litmus test to performance coaching – a behavior that would be beneficial to public sector leaders as well as to our direct reports and Ministries/Departments.

I think we can agree that this represents an acquired behavior pattern as opposed to being instinctual. Therefore, we can check off the first component.

Moving to the second component, what could constitute a trigger ? something that signals to leaders that a coaching conversation is in order If we have performance/development plans in place for our direct reports, then the triggers would be of two types  i.e. acknowledging targeted improvements and flagging performance gaps.

What then would be our motivation as leaders to engage in coaching conversations? Since we are ultimately responsible and are likely to be held accountable for the performance of our departments including our human resources, it could be argued that, as leaders, we are motivated to engage in behaviors which are positively correlated with high performance on our teams. That brings me to the next component i.e. reinforcement in the form of timely and positive feedback. Once our coaching conversations lead to additional instances of high performance and the elimination of existing performance gaps, then we would have closed the feedback loop.

Thus far, everything has been taking place at the conscious level. In order for performance coaching to become habitual, as leaders we need to keep practicing or exercising the muscle by honing the craft until we transition from being consciously skilled to unconsciously skilled in its execution.

Finally, our work environment must reinforce our behavior as coaches as well as the behavior of our direct reports as they act on the feedback and guidance provided through coaching in order to habitualize their own positive behavior and address the performance gaps as identified in the coaching conversations.

Now, I hasten to point out that implicit in this model is the realization that, in tandem with the performance coaching, public sector leaders must also work to systematically eliminate any performance barriers associated with organizational systems, policies and procedures, prevailing culture, staffing etc.

Do you think that public sector leaders can make performance coaching a habit? What are some of the barriers to making that happen? What steps can be taken to systematically eliminate such barriers? What are some other good habits that we can and should cultivate in order to enhance the quality of service provided to our citizens and residents?