Choose an Attitude of Gratitude 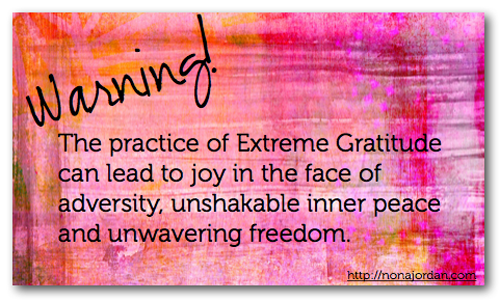 When we focus on our gratitude, the tide of disappointment goes out and the tide of love rushes in.

Two weeks ago, I would have predicted that today’s blog would have focused on a Clinton Presidency. So, when The Donald pulled out the victory that caught most of us off-guard, my attention turned to how Hillary Clinton would react in the face of the stunning defeat. As I watched her concession speech, I was struck by a number of things  chief among them was the fact that she used the words gratitude or “thank you” sixteen times in a twelve minute speech. 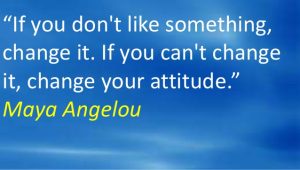 As I reflected on that, my mind went to the value of choosing to adopt an attitude of gratitude. I imagine that the realization that she had lost the elections elicited many emotions in Mrs. Clinton.Of course, I can’t know for sure what motivated her decision to adopt and display an attitude of gratitude. What I do know is that neuroscience has shown that expressing gratitude provides significant benefits in both the immediate and long term.

Oprah is on record as saying that starting and maintaining a gratitude journal has been the single most powerful decision she ever made that from a woman who has accomplished so much; a woman who has made decisions that have multi-million dollar consequences.

The cynic in me looks at our lead quotation and says “Yeah, but remember that the tide goes out only to come back in again!” Here’s the thing though when we choose to express gratitude consistently and repeatedly, something profound happens. Just ask Oprah.

If you pull the lever of gratitude every day, you’ll be amazed at the results.

The Neuroscience of Gratitude

Further to that, the more often we choose to express gratitude, the more natural it becomes. Here again, there is a scientific underpinning to this assertion  i.e. Hebb’s Law. In essence, Hebb’s Law states that neurons that fire together wire together. Expressed differently, the more times a certain neural pathway is activated (neurons firing together), the less effort it takes to stimulate the pathway the next time (neurons wiring together).

By regularly expressing gratitude  e.g. through a journal, as recommended by Oprah we create a habit system that redounds to our benefit.

Here’s the thing though, if we opt instead to focus on the negatives, that too can become a habit. Unfortunately, it has none of the positive mental and physical health benefits associated with the habit of expressing gratitude.

If that doesn’t do it for you, how about the fact that persons who regularly express gratitude experience more positive emotions, feel more alive, sleep better, express more compassion and kindness, and even have stronger immune systems? 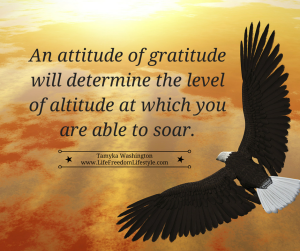 So as our neighbors to the North come to terms with the results of the presidential elections and prepare to celebrate thanksgiving, I invite us all to make a conscious decision to be more grateful more often. What say you?