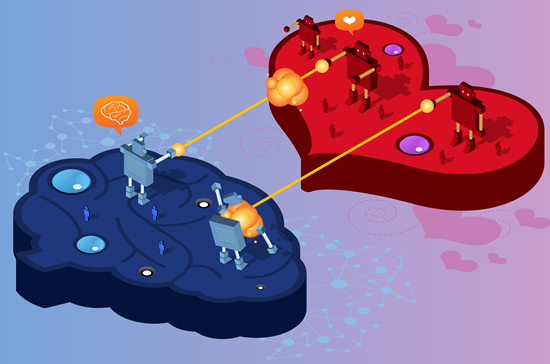 This is a battle involving the hearts and minds of our nation.

Beating opponents over the head with reason won’t eliminate their heartfelt concerns.

During the past few months Underwood Talent Development Services (UTDS) has contributed to the public dialogue on the Caribbean Court of Justice (CCJ) by presenting a series of guest blogs penned by Justin L Simon QC.[1] Personally, I support the move to the CCJ as the final court of appeal. However, based on what I’ve been hearing over the past several weeks, I have reluctantly come to the conclusion that the upcoming referendum will lead to a rejection of the bipartisan move to replace the Privy Council with the CCJ.

The sad reality is that said rejection, in truth and in fact, has little to do with the CCJ in and of itself. Rather, the imminent defeat is a symptom of a People’s disaffection with government and governance as well as their resentment of a public education campaign that is widely viewed as doing too much telling and not enough listening.

In this week’s blog, UTDS will explore some of the factors which we think are contributing to the increasingly vocal resistance to the adoption of the CCJ as the final court for Antigua and Barbuda. While we will be highlighting events in Antigua and Barbuda, we encourage our CARICOM brothers and sisters to examine whether these same concerns and circumstances also exist in their home countries.

Dissatisfaction with the Lower Courts 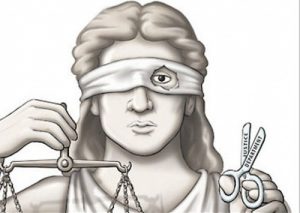 The reality is that the average Antiguan has never had any direct dealings with the Privy Council and is unlikely to have direct dealings with the CCJ. However, many more have had occasion to seek justice before the Magistrate’s Court and/or the High Court. Unfortunately, those experiences have left many feeling frustrated frustrated by inordinate delays some of which are attributable to heavy caseloads and inadequate staffing; frustrated by delay tactics on the part of opposing counsel; frustrated by dissatisfaction with the quality and/or cost of legal representation.

In this regard, it is noteworthy that within the past few weeks the general public has been made aware of at least two separate law suits brought against Attorney General Steadroy Benjamin by former clients. In said cases, Mr. Benjamin and/or his law firm reportedly sold properties and failed to utilize the proceeds from said sale for the intended purpose. The public has also been alerted to the fact that in at least one other CARICOM country  i.e. Jamaica  attorneys have been disbarred for similar offenses.

There is an increasingly vocal segment of society which has taken the position that the move to adopt the CCJ should be twinned with comprehensive reform of the lower courts including the establishment of an effective legal aid system. Further, it has been suggested that the magistrates should also be insulated from political interference through measures such as those utilized to safeguard the independence of the CCJ.

Both Justin Simon and the National Coordinating Committee have gone to great lengths to convince the public that the CCJ is well insulated from political influence and interference. In one of his blog articles, Mr. Simon described five specific safeguards namely qualification criteria for the judges, the appointment and removal process for the justices, security of tenure, enabling legislation and funding arrangements. While these mechanisms do present a persuasive argument for judicial independence, Antiguans and Barbudans are hard pressed to overlook/disregard historic and more recent events that suggest if not prove  that the political directorate has both the intent and the ability to exert undue influence. 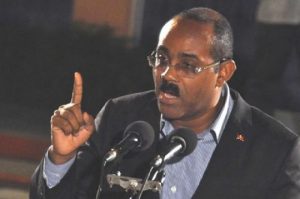 Perhaps two specific examples will serve to illustrate that point. Prime Minister Browne has made public pronouncements that he will use the resources of the State to bankrupt those who oppose him.Said statement, taken in tandem with the litany of cases brought against several members of the Opposition’s leadership team[2], has led many to conclude that the threat was not an idle one.

Choosing the Messenger and Well as the Message 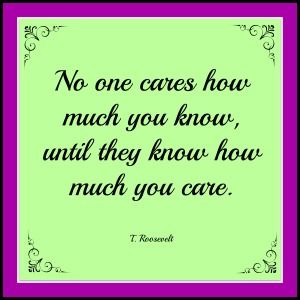 Dr. Francis Alexis has been playing a major role in the public education campaign in Antigua and Barbuda.

This erudite Caribbean national is well versed in matters related to constitutional law. However, there has been an almost visceral reaction to his advocacy. In addition to the previously raised points about the content of the message, it has been posited that Dr. Alexis simply isn’t the best choice of messenger for certain audiences. Earlier this year he had a number of particularly testy exchanges with members of The Movement, a leading grassroots organization committed to promoting participatory democracy. [3]

Within the past few weeks, it has been mooted that the initial resistance to Dr. Alexis in his role as CCJ messenger has been exacerbated by his weighing in on national politics by publicly defending the Prime Minister. Given the previously articulated concerns about the independence of the CCJ, how would Dr. Alexis have helped the cause by inserting himself into the political fray.

[2] Said cases include a recently dismissed charge of public mischief against the United Progressive Party’s public relations officer. It is noteworthy that the Privy Council declared that statute unconstitutional as far back as the 1990s. Further it has also come to light that the DPP had so advised the police and indicated that the charges had no merit. Nonetheless, the police proceeded in their attempt to prosecute the case.

[3] See http://www.caribbeantimes.ag/expert-addresses-concerns-movement-ccj-education-campaign/ for media coverage of Dr. Alexis meeting with The Movement.