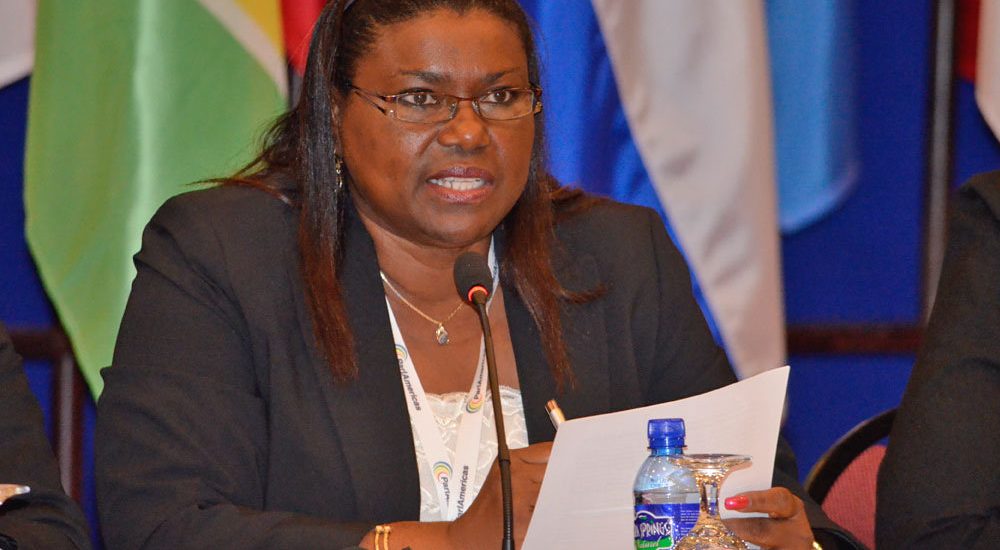 Having completed Undergraduate studies, she worked for nine years in the Journalism Department of the University, and also taught ?Masterworks of Black Writers? in the English Department of St. Vincent College for five years.? Upon returning home, she immediately began a stint at the Antigua SUN as News Editor and a Feature Writer.

Gisele has realized her childhood dream of writing a novel, Considering Venus; has written the screenplays of Antigua?s first and second full-length feature films, The Sweetest Mango and No Seed; and, for seven years, wrote the popular column ?Agender? in the Friday edition of The Daily Observer.

She has done considerable work on radio, including hosting Observer?s ?Have Your Say,? the POWA edition, and guesting regularly on ?The Big Issues.?? She now hosts two editions of the Crusader program ?Eye on the Issues.?? A calypso enthusiast, Gisele has served as a trainer, judge, and commentator on the art form.

She also has an abiding interest in politics and government and earned a Master?s degree in this area.? She served as Speaker of the House for 10 years and Executive Secretary of the Board of Education for 13 ? years.

She has taught the second-year course ?Business Communication? in the Undergraduate Department of the Antigua State College since 2002.? The course covers Business Writing, Oral Communication, Aural Communication, Cultural Diversity/Sensitivity, and the increasingly important ?soft? skills such as Entertaining Clients, Dining Etiquette, and Professional Grooming.

Gisele is a committed patriot, feminist and Catholic.