Managers rise to the level of their incompetence.

When I was developing the product and service offerings for UTDS, it was my awareness of the Peter Principle that led to me to come up with the concept of The Managerial First Aid Kit. This service package is expressly designed to help persons transition successfully to their new roles. As such, it is an invaluable component of an effective succession planning programme.

The sad reality is that organizations tend to reward high performing technical officers by promoting them to management without acknowledging that the knowledge, skills and abilities which accounted for technical success do not automatically translate into managerial success.

It is this said reality that’s at the heart of the Peter Principle as defined by Laurence Peter almost fifty years ago. Employees who excel in a given role find themselves promoted to a new role for which they are ill-equipped/prepared. They then find themselves stuck in this new role since they do not perform well enough to warrant further promotion. So, one might ask/wonder why the now incompetent worker is not dismissed/replaced. There are a number of factors which might be at work here. 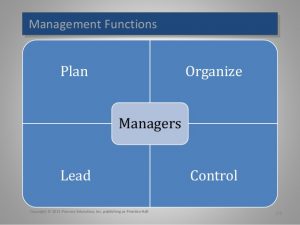 Now, lest any of you private sector folks are feeling complacent and thinking that this only happens in the public service, let me make haste to disabuse you of that notion. The Peter Principle can thrive in any hierarchical organization. I’ve seen waiters promoted to supervisory positions. What do they do when the restaurant gets crazy busy? Do they plan, lead, organize and control? In many cases they do what comes naturally, the thing that got them promoted in the first place i.e. they show up as a highly functioning, uber-efficient waiter.Unfortunately, that’s not what they’re being paid and at a higher rate than the best waiters  to do.

So the Peter Principle has the potential to wreak havoc on at least three levels:

So, what’s the solution? At UTDS we advocate ongoing talent development  i.e. equipping individuals to succeed. This means looking beyond their current positions and collaboratively identifying future opportunities and creating development plans designed to enable our people to succeed in their current and future roles within the organization.

Have you witnessed the Peter Principle at work? What are some of the effects that you’ve observed?