The US Presidential Elections : A Cautionary Tale

One of the reasons people hate politics is that truth is rarely a politician’s objective.

Election and power are.

There’s an expression that’s utilized in politics  i.e. appealing to the party’s base. It refers to those hard core supporters who are likely to stand with the party no matter what. Base voters tend to support their party’s candidate even if the other candidate is better qualified since their allegiance is to the party and what it stands for and not necessarily for the individual candidate. 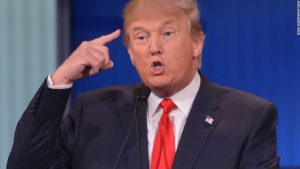 But what happens when the candidate in question is just so outrageous that the mere thought of supporting him/her fills one with extreme cognitive dissonance  i.e. stress and discomfort associated with taking actions which are incompatible with one’s fundamental beliefs and values? What happens when decent, hard-working Republicans find themselves with someone of the ilk of Donald Trump as their candidate for the Presidency?

Or, what happens when a member of the party base realizes that the leadership has taken them down a path that is inconsistent with the best interests of the country on a whole or even the party’s own values? What are the courses of action available to someone who simply cannot see themselves abandoning their party but who has grave concerns about its current path? 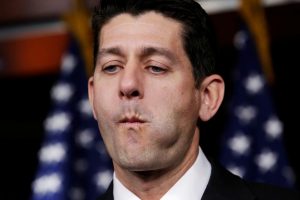 In an earlier blog captioned “When Do You Draw the Line on Toeing the Line?,” we questioned whether there were limits to loyalty and, if so, where those limits resided. Within the past week, we’ve seen high ranking Republicans who previously endorsed Trump’s candidacy recant, reluctantly admitting that they simply could not continue to apologize for his behavior. Many of them had come to the conclusion that the things which separated them from Donald Trump simply outweighed any shared allegiance to the principles of their party or a shared hatred for the Clinton’s. In fact, some of them have been so flabbergasted by Trump’s actions and pronouncements that they have called into question whether he can legitimately lay claim to being a Republican. Some Republicans have gone so far as to describe Trump’s rhetoric and actions as being un-American.

In addressing voters in New Hampshire last evening, President Obama opined that high ranking Republicans had simply waited too long to condemn Trump and his unacceptable behavior. To stick with our previously adopted terminology, they took too long to draw the line on toeing the line. As a result, he said that they bore some of the blame for the fiasco that now exists.

While some of us may agree with the President’s position, how helpful is it in moving the country forward towards a satisfactory resolution of the current dilemma? While the Democrats seek to capitalize on the implosion of the Trump campaign, what are the courses of action open to the GOP? For some help in answering that question, we refer you to our earlier blog on Responsibility, Accountability and Blame.

Rather than pointing figures and trying to apportion blame and figure out who allowed the party to be hijacked by what some have described as a joke gone horribly wrong, one can only hope that the Republican hierarchy is huddling to determine how best to salvage this situation in order to prevent irreparable damage from being done to their party and indeed to their country.

As the country which proudly presents itself as the world’s greatest democracy struggles with its exercise of the most fundamental of democratic processes electoral politics for the rest of us, it certainly presents a cautionary tale of pitfalls associated with pandering to the base in the myopic pursuit of power while subjugating the fundamental principles of decency and respect for country, oneself and others.

As November 8th approaches, may God help the United States of America to extricate itself from this perilous situation.