HomeWhat’s Happening?GovernanceWhen do you draw the line on toeing the line?

When do you draw the line on toeing the line? 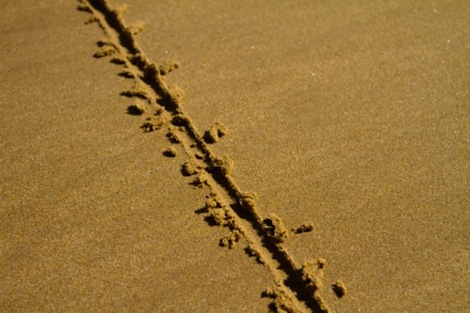 In the past week, I’ve had multiple opportunities to observe as public figures both nationally and internationally came under profound scrutiny as they struggled with toeing the line. There are two contrasting cases which stand out for me. The first one features the Chief Education Officer (CEO) in my home country Antigua and Barbuda while the second one features Huma Abedin, wife of thrice-disgraced, former congressman Anthony Weiner.

What are the lessons that public officials can learn from the experiences and differing responses of these two public figures?

This career public servant has arguably had her professional accomplishments overshadowed by the fact that her husband just can’t seem to control his destructive penchant for sexting. Ms Abedin is a longstanding advisor and confidante to Hilary Clinton. The Trump campaign was quick to jump on Weiner’s latest sexting escapades and astounding lack of judgment to question the presidential candidates own judgment in retaining Ms Abedin in her inner circle. Some media houses have even stretched the story to make a link between Mrs. Clinton’s personal experiences with marital infidelity.

So, as this ugly issue raises its head on the home stretch to the presidential election, how would the long-suffering Abedin respond? In what must have been a painful and difficult decision, she determined that enough had become too much and that she could no longer toe the line by playing the part of the supportive spouse.

Just a few weeks ago, the Chief Education Officer in Antigua and Barbuda publicly lamented the overcrowding that existed in public schools. To be precise, he asserted that the schools were bursting at the seams. This proclamation caused quite a stir since the Government had recently announced that it would not be opening a brand new secondary school commissioned by the former administration to alleviate overcrowding. 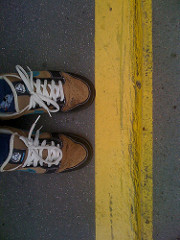 Mr. Brown soon found himself trying to backtrack his very strident statement about overcrowding. How did he manage that one? By pointing out that if you spread the children around, the net effect would be that there is actually no overcrowding. For good (or not so good) measure, he went on to blame the parents for demanding that their children be placed in certain schools.? By any definition, the CEOs toe was jammed tight against the proverbial line. However, the saga wasn’t over!

The CEO also found himself in the position of justifying/rationalizing the government’s decision to build a new secondary school in the Tomlinson’s area. He cited a comprehensive report prepared by a consortium involving the University of the West Indies. The report laid out a compelling case for the new school at Tomlinson’s. Only problem is that the very same report presented an equally compelling case for the secondary school which was already constructed and which the government had refused to open.

The net effect of the foregoing is that the CEO has suffered a huge blow to his personal and professional credibility.

When does enough become too much?

So here we have two examples : one where the individual decided that enough had become too much and that she had a greater duty of care to herself (and probably her son) than she did to an errant husband; in the other, a senior public official found himself engaged in verbal gymnastics in a desperate quest to reconcile irreconcilable positions taken by the political directorate.

What are your thoughts and feelings about each of these cases? What is your primary emotion in response to Ms Abedin’s story? Do you feel some measure of empathy? What about Mr. Brown? How do you feel about his situation?

Even if we could all agree that one should never feel compelled to follow instructions which require you to do anything that is illegal, unethical or immoral, shades of grey still exist. Subjectivity comes into play when determining whether a particular course of action is unethical or immoral. After all, we don’t all subscribe to the same moral codes. So, only Ms Abedin could determine when enough had become too much for her. Similarly, it is entirely possible that the CEO might be comfortable with what others perceive to be flip-flopping and selective reasoning. 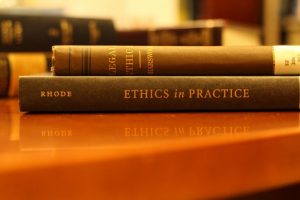 Here’s another question for your consideration: are there limits to loyalty? If so, where do those limits reside? Is the threshold before or after you compromise your sense of self? What about your professional integrity? Is it okay/desirable to sacrifice it at the altar of loyalty? What about in the interest of preserving your job? And speaking of loyalty, in the case of public officers, to whom do they owe loyalty ? is it the political directorate? Or is it the best interests of the country/citizenry?

From my perspective, each and every one of us needs to make a determination about where we draw the line on toeing the line. Having done so, for those of us who hold positions of public trust, we need to realize that our decisions in such matters are likely either to garner empathy and expressions of support, to open us up to ridicule, or given the diversity of our societies to a combination of both outcomes.