HOW TO FAIL BETTER

But I’m getting way ahead of myself here. Let’s start from the beginning.

Atychiphobia: the abnormal and persistent fear of failure, to the degree that it has negative effects on the pattern of one’s life[1]

According to healthline.com, atychiphobia is a clinical diagnosis with associated physical and emotional symptoms. The severity may run from mild to severe.

Chances are that if you’re still reading you can identify to some extent with this phenomenon. Not sure? Perhaps a look at some of the symptoms will help you to decide.

The risk factors that predispose you to develop a fear of failure include past experiences where you’ve failed (especially if the experiences were traumatic or had important consequences, like missing out on an important job) and perfectionism.

Now, before you self-diagnose and start thinking about claiming disability benefits (or using your new diagnosis as an excuse/justification to stop trying), let’s acknowledge that a certain degree of apprehension is perfectly normal whenever we encounter high-stakes situations. However, to successfully navigate life, we must be able to feel that fear or apprehension and move forward anyway. That imperative is amplified when we’re dealing with a new assignment at work or a personal drive to master a new skill- e.g., writing a book, playing an instrument, taking up a new sport, figuring out how to use social media to effectively market your business etc.

As we work to change our mindset and relationship with failure, we have several high-profile success stories to guide and encourage us.

What did these famous failures have in common? A determination to fail forward. This contrasts starkly against those who allow failure to derail them… i.e. those who fail backward. The table below contrasts the two responses or mindsets in the face of failure.

While our ultimate outcomes depend on our attitude towards failure, that attitude is not the sole determinant. In addition to thinking differently about failure, we must be prepared to do the work. That’s where deep practice comes into play.

Deep Practice consists of stretching yourself just outside your comfort zone, stopping and reflecting when errors occur, making adjustments, and continuing this process over time.[2]

There are three fundamental steps to deep practice.

Chunking: This refers to the process of breaking down that big, scary task into manageable pieces. So, let’s say that the task at hand is to delegate more effectively, or to coach your direct reports or to convert your side hustle into your primary source of income. In order to chunk those huge challenges, think of the riddle “How do you eat an elephant?” 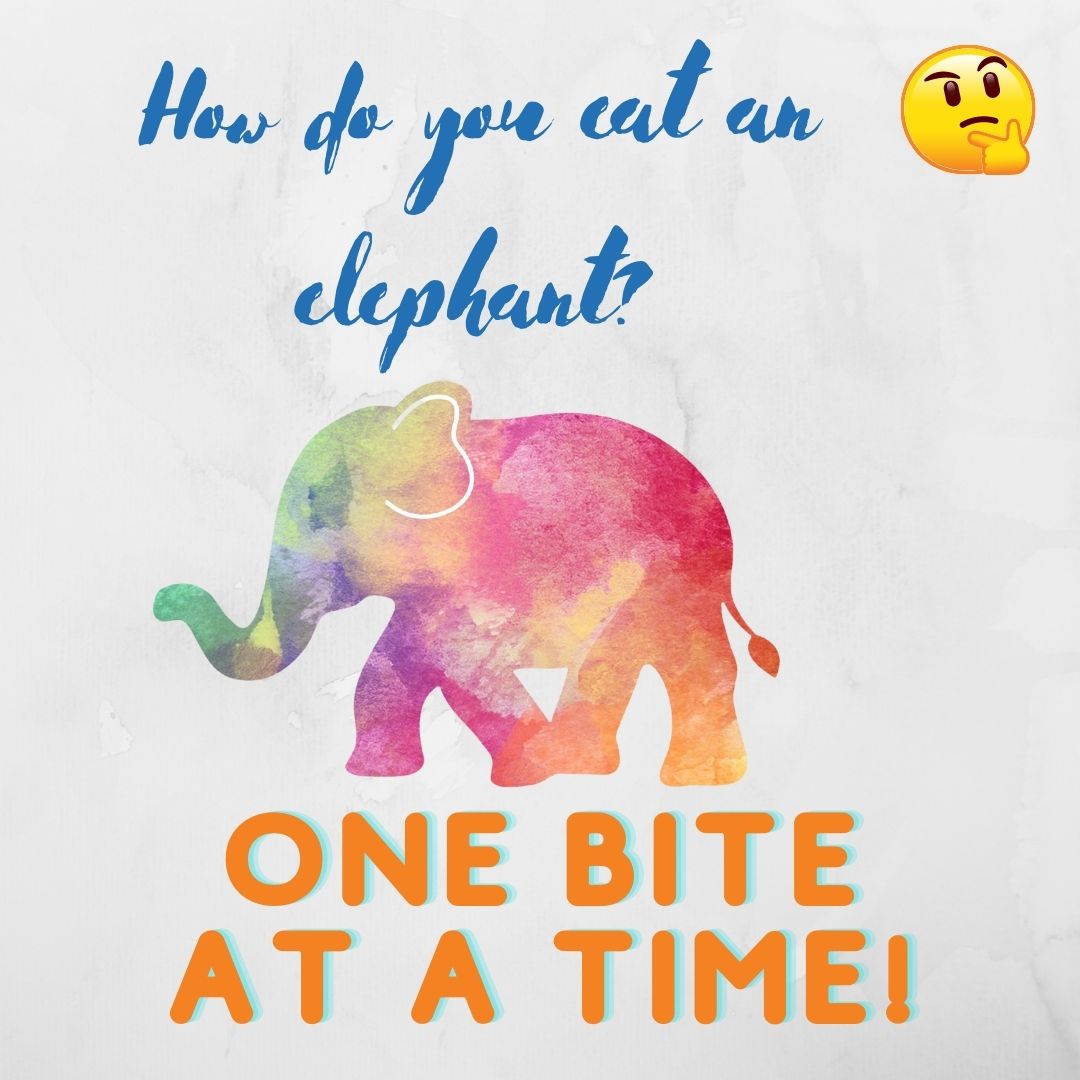 Feedback and Adjustment: By critically analyzing our performance and actively soliciting feedback – e.g. from a trusted peer, boss, coach or mentor – we can identify specific areas for improvement and incorporate that feedback into the next round of practice. 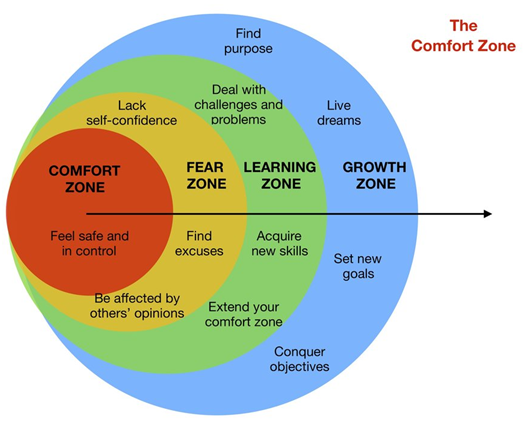 To leverage the benefits of deep practice, you must be willing to move beyond your comfort zone and enter your zone of learning. The kicker is that the fear zone stands between them.

If you are to cross the threshold and claim the benefits that await you in your learning and growth zones, there’s some internal work that needs to be done.

Success is not final. Fear is not fatal. It’s the courage to continue that counts.

As a new or developing manager/author/entrepreneur, you simply must develop the virtuous cycle described by Nobel laureate Samuel Beckett and reflected in the diagramme below. 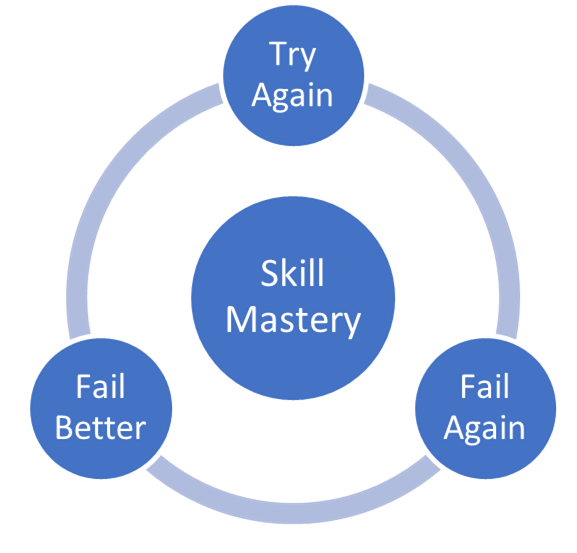 In doing so, you will conquer your fear of failing – not by eliminating failure, but rather by learning to fail faster, fail more often and generally fail better.

[1] According to Collins Dictionary, this word is in the ‘pending investigation’ status.

[2] For an excellent read on the nature and benefits of deep practice, check out Daniel Coyle’s book The Talent Code.